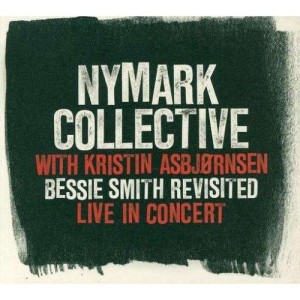 In 2005 Molde Intern Jazzfestival invited Nymark Collective to to a special concert with Kristin Asbjørnsen based on the Bessie Smith Repertoir. The response was overwhelming and the concert was followed by a lot of concerts the last two years. In 2008 Nymark Collective and Kristin released the live album “Bessie Smith Revisited – live in Concert”.

A live recording shedding new light on the songs of legendary jazz and blues singer Bessie Smith was released in 2008 by singer Kristin Asbjørnsen and the quartet Nymark Collective. Sensual, groovy, melancholy moods – performed by some of Norway’s finest musicians with one of the most fascinating vocalists on today’s music scene. For more information, turn to www.myspace.com/nymarkcollective