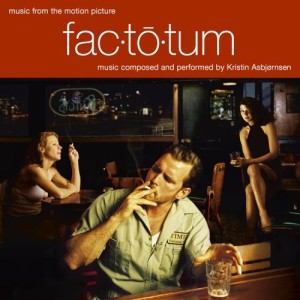 In 2005 Kristin made her international debut as a film score composer for the American movie “Factotum”, based on a novel by Charles Bukowski. Factotum is a US/Norwegian co-production by Director Bent Hamer and producer Jim Stark, and is starring Matt Dillon, Marisa Tomei and Lili Taylor.

The film and the soundtrack received a lot of international acclaim and Factotum was selected for the Cannes Film Festival. Kristin’s soundtrack album is released on the French/American label Milan Records and her music won the Norwegian Film Award: “Best Norwegian Film Music” (Kanon prisen).